What is a novel?


Only in a novel are all things given full play – D. H. Lawrence

A novel is a long narrative in literary prose. Novels tell stories, which are typically
defined as a series of events described in a sequence. The novel has been a part of human
culture for over a thousand years, although its origins are somewhat debated. Regardless of
how it began, the novel has risen to prominence and remained one of the most popular and
treasured examples of human culture and writing.
There have been stories and tales for thousands of years, but novels must combine a
few unique characteristics in order to be defined as such. First, a novel is written down,
rather than told through an oral account. Secondly, novels are meant to be fictional in form,
differentiating them from myths, which are said to have their basis in reality or theology.
Although some modern scholars argue differently, there is no truly established guideline for
length, point-of-view, or even establishment of a moral or philosophical point in novels.
Posted by misz_A at 10:32 AM No comments:

I am back people! (errkk.. is anybody still visiting this blog?)

From The Secret Daily Teachings

If you are complaining about things in your life, you are on the complaining frequency, and you are not in a position to attract what you want.

This semester, I had a chance to learn something new!

Instructional Computer Technology. I maybe quite a late bloomer on this.. haha, but people say, better late then never, right.

Anyway, for this class my friend and I decided to do a courseware on THE CURSE! 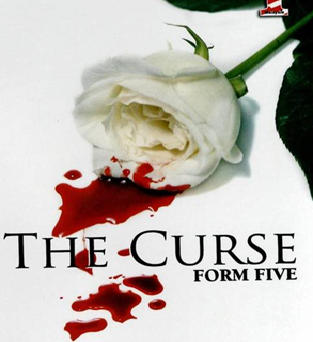